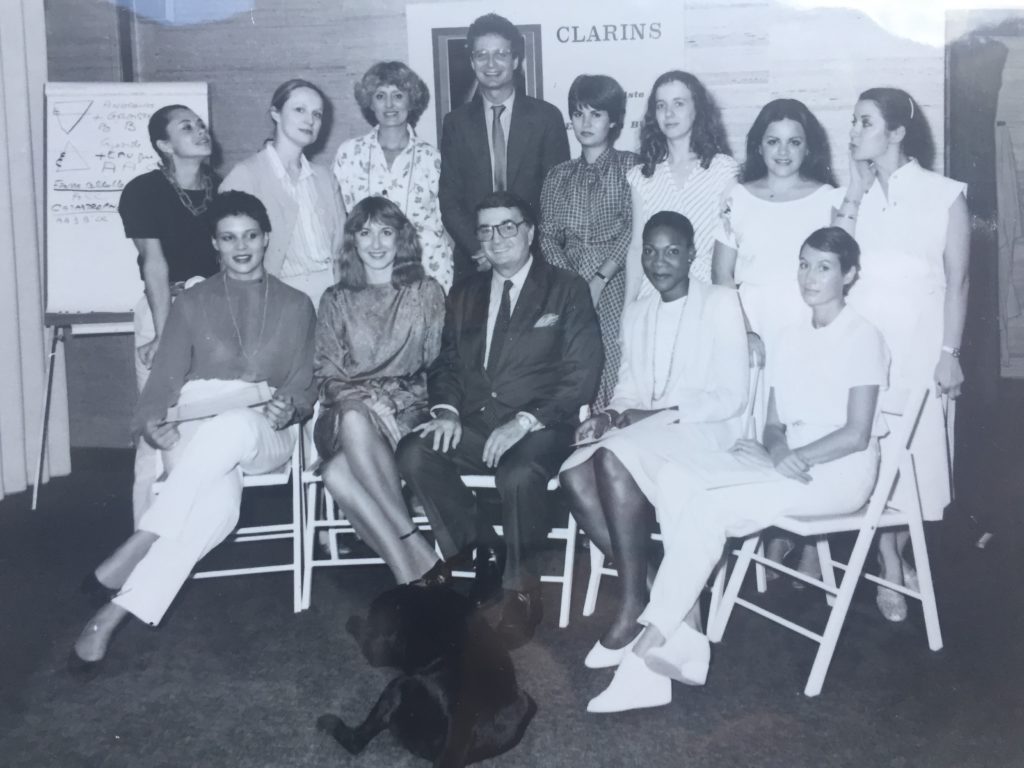 Can You Find Me?

JUNE 16 Is National Fudge Day and according to legend, a confectioner messed up while trying to make caramel, and ended up creating… FUDGE.

My difficult to share fudge story is below. Proof that a mistake can result in something good.

It Happened In Paris.

I used to dress in a way that made me look like a plain-Jane and often disappear in a room.

On my last day of training in Paris for the skincare company I worked for, my boss invited me to join him and others later that night at the disco he frequented.

I was so excited, but what did I know about discos in Paris or really anywhere?

I was clueless as to what one wears and thought to wear the mousy outfit I wore that day would be perfectly fine.

Later that day, after a nap I was in my hotel getting ready for what I was sure would be an incredible night of fun.

I redid my makeup, fluffed up my hair, and put back on my mousy brown skirt with matching top, buttoned up with a bow to my chin, and freaking sensible sandals!!

Ugh! I was in my 20’s and was dressed like my friend’s grandmother and I didn’t even know it.

So when I walked into that club totally believing it was going to be a great night out as the guest of a wealthy Parisian, I thought I had arrived!

I walked into the club and immediately realized I was not going to fit in. It didn’t matter that I was barely 23 and nature was still on my side.

All around me were gorgeous tall, thin, and sexy women. Most were models from all over the world including America and compared to them I felt and looked like an ‘Ugly American’.

So I sat there drinking and shrinking into my seat. Nobody was asking me to dance and each time a goddess walked by, tilting her head, laughing and looking fantastic in just jeans, cowboy boots, and a t-shirt, I could swear I was getting shorter, wider, and even more invisible.

But it turns out I wasn’t invisible after all. All of a sudden a man rushes up to me and lifts me out of my seat holding me up in the air and then places me on a high bar table. As everyone started to stare and laugh he put his head under my skirt and now the entire room was hysterically laughing at how he was mocking me.

I don’t know how, but I remember grabbing my skirt around me and jumping off that high table. Guess those sensible sandals came in handy after all.

He, and it seemed like the whole room, was laughing at me and it wasn’t my imagination -they were, and I was no longer feeling invisible. It was awful.

Turns out that jerk was a very well known socialite in Europe and known for being a sleazy guy. But that didn’t make the humiliation go away.

I told no one about this for at least twenty years, but…

I vowed to never again be made to feel insecure and unattractive again.

Not knowing what to wear was humiliating & I told myself NEVER again.

I was determined to learn how to dress better even on my limited budget. I learned what colors were best on me and stopped buying lots of clothes because they were a bargain. Instead, I only bought clothes that made me look and feel confident, successful, and strong instead of weak and invisible.

Years later I told my story to a client who happened to be a business coach, and she helped me realize that now I help women never feel like I once did. That horrible night has given me a very fulfilling career.

As Oprah says, what I know for sure is that…

Feeling insecure, uncomfortable, & self-conscious is not acceptable to me and shouldn’t be to you either. Been there done that.

Note: The photo above was taken the morning after my disco disaster, hence my miserable expression. Unbelievably I was wearing yet another mousy bow tie top and matching skirt. FUDGE!!!!!

P.S. I created 2 more Personal Styling Workshops conducted virtually for you to learn what you should wear to feel and look current, comfortable, and confident no matter your budget or size.

Go here to save your seat.